Philip Gradwell, Chief Economist at Chainalysis speaks exclusively to Hubbis about how are digital assets are affecting the asset and wealth management community.

1. How are digital assets affecting the asset and wealth management community?

2. How is the world of the blockchain evolving?

3. What other assets can be added to the blockchain in the future?

4. Is crypto the start of a broader trend in asset and wealth management?

5. If a wealth manager is interested in grasping these trends. What should they do next?

1. How are digital assets affecting the asset and wealth management community?

Digital assets have really opened up a new frontier for the wealth management community. Bitcoin has been around for more than 10 years now. And in that time, I think it's made a lot of people familiar with the concept that assets can be purely digital. But we're now moving into a new phase, where an increasing number of assets are starting to be digitized, and cryptocurrencies are evolving. Now you don't only have to just hold Bitcoin like a form of digital gold, you can also start to borrow or lend your cryptocurrencies in the new wave of decentralized finance. For wealth managers who are looking for new ways to invest in assets or generate some yield, this whole new world is open and it's growing very fast with some rapid price appreciation, although obviously some price volatility as well.

2. How is the world of the blockchain evolving?

First, just to introduce what the blockchain actually is. It's a way for people who don't know each other, never met, to transfer assets between each other, without going through a third party. So, typically, you might send your money via a bank to the person you're trying to send some value to. Blockchain allows us to do that entirely digitally, without that intermediary, through using some clever mathematics and the power of the “connectedness” that we have in this new digital world. That opens up a huge platform for innovation. There is a good analogy with the world of media. Before, we could only get our news through a central newspaper or TV channel, and now we can get our news through big open platforms like Twitter or Facebook where anyone is able to give a view. That's transforming the opportunities at finance because there's much more experimentation and innovation than there was before. That does make this industry a bit more complex and crazy and hard to follow, but it also means that for smart investors, there's actually an opportunity for some outsize returns.

3. What other assets can be added to the blockchain in the future?

4. Is crypto the start of a broader trend in asset and wealth management?

Crypto has established itself enough to be its own asset class and there's opportunities and innovation going on there. The big question is whether that does start to spread, and more and more assets become digitized. I think over the next two to three years, we're going to see a lot of experimentation and a lot of clarity come in the regulatory framework. And then the big question is, will digital assets start to compete with the existing financial system at a very large scale? I definitely think there is the potential for that. And we'll start to see that first in cross border trade or in the world of collectable assets. We're starting to see what are called non-fungible tokens come into art. It's going to be a process over perhaps two to three years, where we see more and more examples of crypto moving into that world of asset and wealth management, and then we're going to see if it really takes off after that.

5. If a wealth manager is interested in grasping these trends. What should they do next?

It's a good time to start learning about the space. And the first step is to join the webinar that we'll be hosting, where we'll be going into more detail. The very first thing that an asset or wealth manager can do is actually just get some exposure to cryptocurrency, potentially buying that through an exchange traded product or a broker. That means that you can really be actually buying some Bitcoin or some Ethereum at arm’s length, without holding the asset itself and any other concerns about managing it are taken away from you, but then you can go a little bit deeper. It's worth understanding the data and information resources that are out there, reading some reports, following some of the trends that are happening through the industry media. It's all about understanding how this next wave is starting to build so that you get comfortable to take advantage of the opportunities when they occur. The next couple of years are going to be a key testing ground. And so, you just want to start building up your knowledge in that period of time. 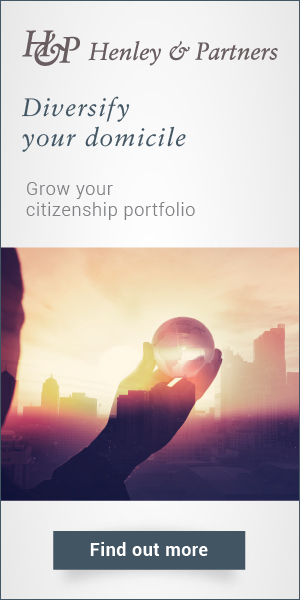 Booming US Stocks Highlight the Importance of Quality Market Data