The Outstanding Opportunity for Islamic Wealth Management in Malaysia 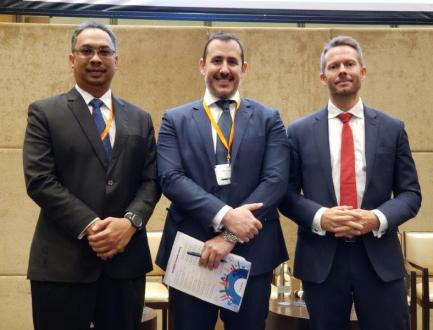 The Islamic finance industry and the wealth management industry in Malaysia both continue to develop apace, especially as the regional market shifts more towards the onshore proposition. How far has Islamic wealth management come in Malaysia, is the country nurturing the industry through encouraging regulation, are the necessary skills, erudition and expertise in place?

Relative to the overall growth of the fund industry in Malaysia, the share of Islamic has been growing faster than the traditional investments.

Malaysia has, for several decades, adopted a consistent and proactive approach to the development of Islamic finance. The Shariah-compliant regulatory framework in Malaysia is excellent.

But the Middle East is liberalising

However, Middle East jurisdictions appear intent on liberalising their financial markets and playing catch-up on what is a natural lever for growth of their financial centres, especially those in Dubai, Bahrain and Saudi Arabia.

The panel said there is no other Islamic finance jurisdiction globally that has Malaysia’s wealth of home nurtured Shariah finance talent. This will stand the country in good stead, but there is a risk of losing talent to other centres that want to up their games, for example, Brunei, Indonesia, and the Middle East.

A panel member highlighted how Islamic finance assets tend to perform relatively better during times of weakness for the mainstream investment universe. This is partly because Shariah finance eschews leverage and wants to see excess cash employed towards productive assets and the wider community.

Nevertheless, a restraining factor continues to be the lack of sufficient Islamic finance assets for the investor community. The lack of harmonisation between the various jurisdictions when it comes to Shariah compliance and Shariah screening exacerbates that problem.

Another core issue is higher overall transaction costs. Although the legal costs are often little different from conventional finance, there are additional layers of costs, be those in obtaining a fatwa or ongoing Shariah auditing, and so forth.

An expert noted the importance of understanding that Islamic finance is in its childhood compared to the fully-grown conventional finance markets. But with growing Muslim populations and an improving proposition, the growth potential is indeed exciting.

An expert opened the discussion by observing that relative to the overall growth of the managed fund industry in Malaysia, the share of Islamic has been growing faster than the traditional investments. “Just on that basis,” he observed, “we believe the potential is very encouraging. We established our operations in this field in 2017 because we saw the potential for Islamic asset management.”

Another guest highlighted Malaysia’s proactive approach. “Compared to the Middle East, of which I have considerable experience,” he commented, “Malaysia is doing a number of things very well. The regulatory framework in Malaysia is excellent and has been well thought through. The Shariah framework is robust, with a very clear methodology and guidelines, including with Shariah compliance and Shariah screening, which is really helpful when it comes to product development and marketing those products within Malaysia.”

But the Middle East sets its sights

He noted, however, that some people in the Middle East might remark that perhaps the Malaysian model is a little too robust in terms of Shariah framework, that it might limit flexibility in terms of product development. “Moreover, certain Middle East jurisdictions, particularly the UAE, Bahrain and to some extent Saudi Arabia, are now on a liberalisation drive, which is improving capital flows, foreign investment, the fund industry and so forth. By comparison, Malaysia is perhaps somewhat domestic focussed at the moment, and foreign investors are somewhat concerned about issues such as capital controls.”

“On the plus side again, there is a growing pool of homegrown talent available here,” he added, “across the entire spectrum required to offer and support this sector, whether this is legal and other services, asset management, product development, and so forth. It is a remarkable pool of talent available in Malaysia, whereas many jurisdictions in the Middle East now have to import such skills.”

A fellow panel member concurred with these views, adding that the key facilitator to growth in Malaysia is the capability, the deep talent resource. “And the operating environment that the government and the central bank have created here has allowed Malaysia to become perhaps the leading Islamic finance centre of the world. Without the right kind of infrastructure in place, without all the right support and functions behind you, you cannot operate effectively.”

Turning to the accumulation of assets under management (AUM) and performance, an expert highlighted the current more difficult mainstream financial market conditions.

“If you look back over time, Islamic instruments tend to perform better when the conventional markets are less buoyant,” he reported. “so, my general conclusion is this is a time of opportunity for Islamic finance. For example, Islamic finance does not encourage leverage, we want well-capitalised companies that can sustain themselves in times of difficulty, that are fundamentally sound enough to stand up to any duress.”

Moreover, he added that Islamic finance does not encourage excess cash, it promotes investment in productive assets. “For us, for example,” he remarked, “one particular global IT company was off limits until they deployed their huge cash resources and again became acceptable from a Shariah view. I now hope that the conditions are actually favourable for the Islamic wealth industry to move strongly ahead.”

On the flipside, another guest pointed to the relative lack of Islamic investment opportunities.  “On the conventional side you have the capability to invest into the conventional banking space and invest in bonds issued by banks,” he noted. “But if you are a Shariah-compliant asset manager you would look to invest for example, in sukuk issued by a Shariah-compliant financial institution. But that ecosystem is a lot smaller so the number of assets that could be invested in that universe of assets, you have less opportunity effectively.  That is a common challenge that has been voiced by a number of our clients.”

He went on to explain that there are several key reasons for the small universe of investment opportunities. “There is a lack of harmonisation in various jurisdictions when it comes to Shariah compliance and Shariah screening,” he observed, “meaning that what is acceptable in Malaysia might not be acceptable in other Shariah-compliant jurisdictions, so it is already a small marketplace, and that makes the asset pool even smaller.”

“The reality,” he continued, “is that the regulatory infrastructure in a lot of jurisdictions which have significant Muslim populations is not yet necessarily developed enough to facilitate the growth of Islamic finance and Islamic Shariah compliant products. This means there is no level playing field between conventional and Shariah-compliant space which obviously inhibits the development of Shariah-compliant companies and assets that asset managers could invest in.”

He noted that there is progress in Indonesia, Brunei and other centres, but they will need a lot of effort and determination to arrive at Malaysia’s level.

“And the other core issue we face,” he noted, “are the higher transaction costs.  Perhaps the legal costs are no different really to conventional finance, but certainly, there are additional layers of costs, be those in obtaining a fatwa or ongoing Shariah auditing, and so forth. All those add up to make this more challenging.”

Another expert observed that Islamic finance has been around for 60 years, whereas conventional finance has been around for hundreds of years. “How can you compare a child to an adult,” he remarked. “But the Muslim population globally is growing rapidly, and demand is increasing fast for Islamic finance, so over time, I believe that the assets should expand, catch up, but it is fair to say that it is not a level playing field today. In conclusion, I would say the expansion has been fairly remarkable, and there is a lot more to come.”

Asia’s Wealth Management Industry: Adapting to the Needs and Expectations of Nextgen Client 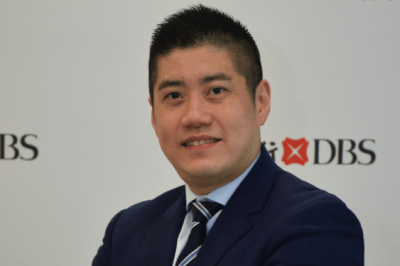 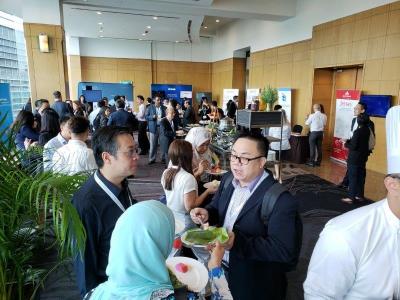 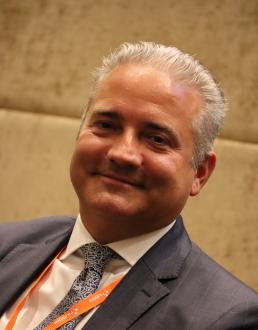 Market Dislocations and the Current Financial Environment: Challenge or Opportunity? 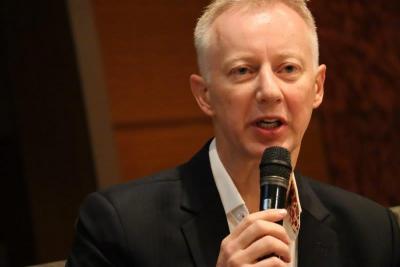